The island of Tenerife has long been a favourite for the British and whist it has become regarded as one of the leading winter destinations many people still have not discovered the real Tenerife. Beyond the popular resorts situated mostly in the South West of the Island there s much to discover about how the Canary Islands came to be and what life was like before and since mass tourism arrived. 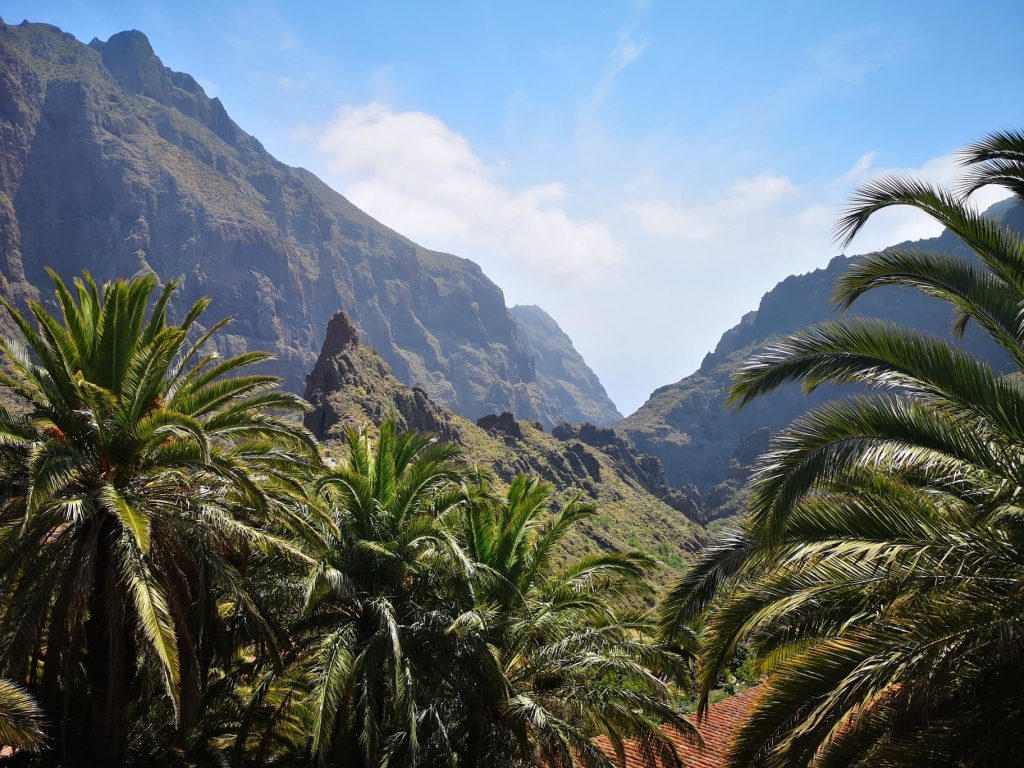 Being an Island, the first inclination is to head out to sea, there are many boat trips offering different activities from Paragliding, water skiing, jet skis to more sedate pedaloes. However, probably the most popular excursion in Tenerife is the Whale and Dolphin watching with dozens of boats heading out on a daily basis (weather permitting) to catch a glimpse of these beautiful creatures in their natural habitat. During the day, the whales bask and sleep close to the surface whilst at night enjoy their favourite feed of Giant Squid which are in abundance in Tenerife. Whilst there is a strong possibility you will see Whales on your trip, Dolphins are also often present and the boat owners use radio contact to relay their sightings to the other boats which will increase everyone’s chance of seeing them.

The trip is usually rounded off with a short swim and something to eat and drink.

Back on dry land, once again there are several excursions to choose from, trips up into the mountains, around the coast and visits to parks and places of interest.

We chose a delightful day trip entitled Mount Teide and Masca Valley, this trip is generally an early start but there is an opportunity early on in the trip to stop for breakfast or a coffee, the traditional coffee of Tenerife being Baraquito which consists of a type of condensed milk, liquor and is laced with cinnamon, very enjoyable if you like your coffee sweet. 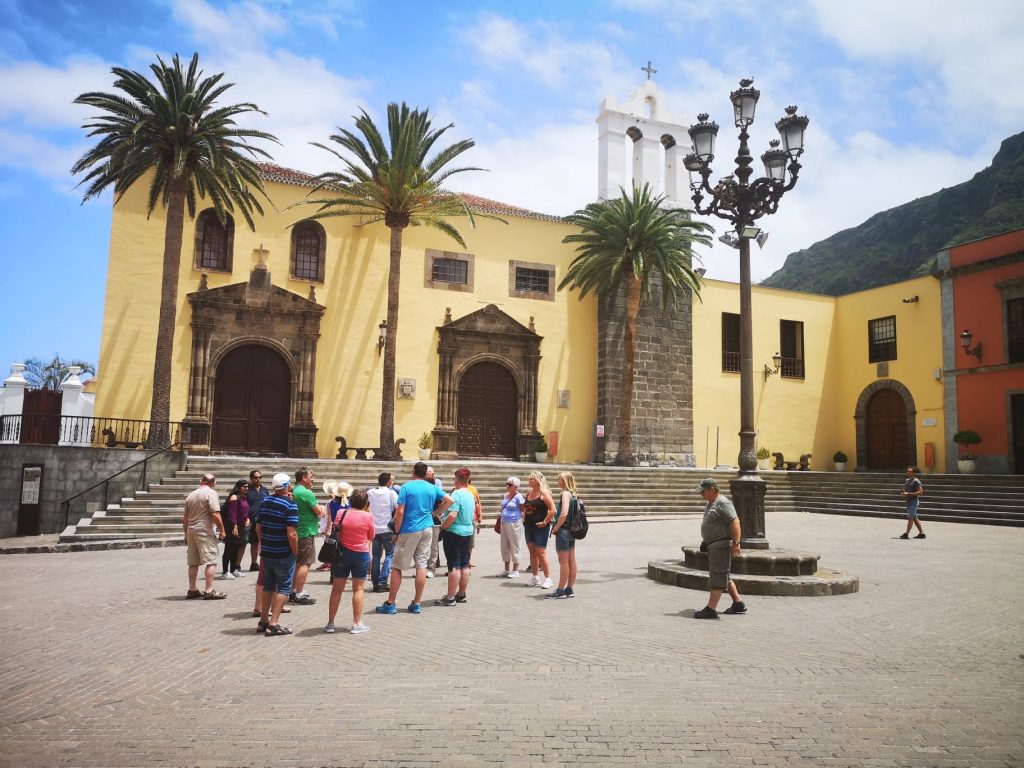 After coffee, the trip takes you to see the vast craters and landscapes left behind by the numerous volcanic eruptions of the Island which is actually a volcano itself, on you will travel high up into the mountains taking in the fields of potatoes, oranges trees and figs on the South side and bananas as you travel further North (different crops for different climate) and of course the dragon trees which are native to the Island. 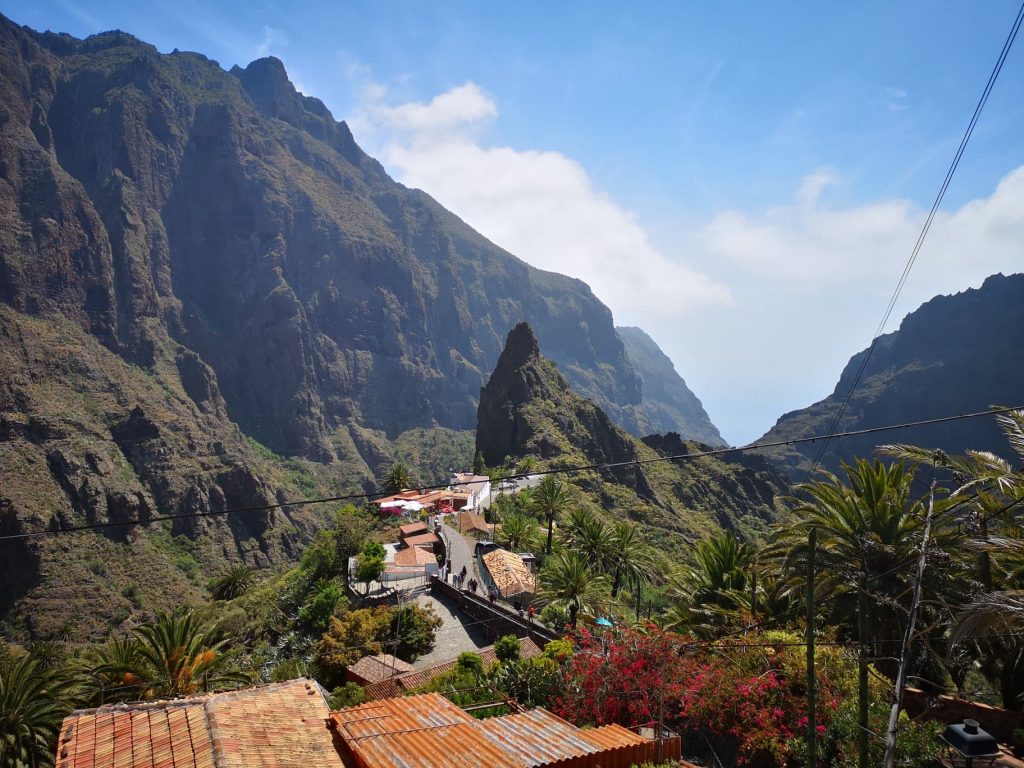 We stopped and tasted dried figs, sweet almonds and also had a chance to buy local produce and hand made gifts. Lunch was in the town of Icod de los Vinos and a chance to see the oldest dragon tree in Tenerife which is one thousand years old. We then stopped for a very scenic walk through the village of Garachico (one of the oldest in Tenerife) to take pictures of the village square and a walk along the seafront, this part of Tenerife has recently had some wild weather on their coastline which damaged quite a few of the restaurants, but work is ongoing to restore them, it is a shame but I suppose comes with the territory in that part of the Island, it also has some natural swimming pools which are open to everyone and they also have man made ones right at the sea front. 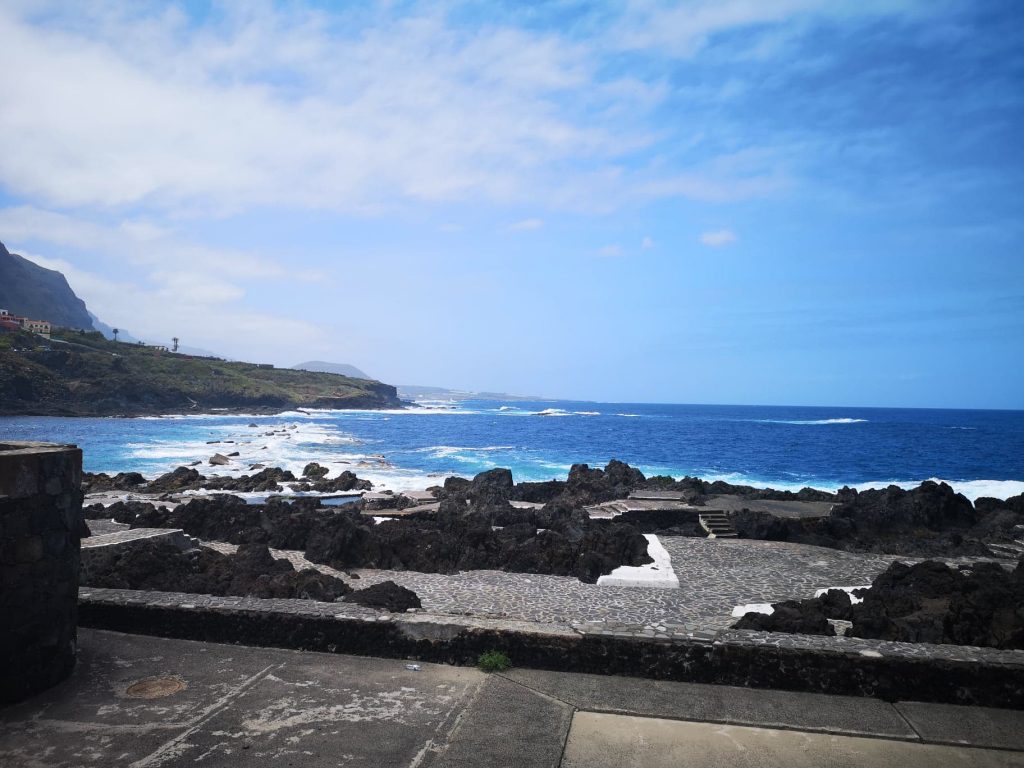